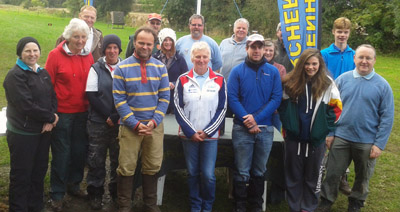 Chippenham Archers hosted the 2012 DWAA Field Archery Championships. The weather was kind with the sun shining and no wind all day long. It was a good turnout, with the course full.

Mark Wootton, of Osprey Archers, took gold in the compound barebow class. There were several newcomers to field archery, which was good to see